Last year, I was fortunate enough to be invited by NASA to attend the launch of Orb-3 along with JPL’s RACE team whose cubesat was part of the cargo of this mission to the ISS. As you may recall, Orb-3 was the launch that subsequently suffered a catastrophic failure and fell back near its launch pad on Wallops Island, VA. We watched the launch from a viewing area shy of two miles away from Pad 0A. Some of my pictures are below.

Much of this has been extensively covered in the news. Most importantly, no one has been injured. As has been stated in the subsequent press conference, all science on this flight is replaceable. What is lost however, in the instance of the RACE team, is over two years of hard work building a cubesat, which was slated to be deployed into orbit in early 2015 from the ISS.1

Spaceflight is hard, and it is risky. As in other disciplines, failures occur, and when they do occur, they tend to be quite loud and destructive (certainly more so than I have experienced in the security industry). I commend the people, the organizations, and the businesses that made it their calling to defy gravity and to get us off this rock even in the face of the daunting challenges that it poses. 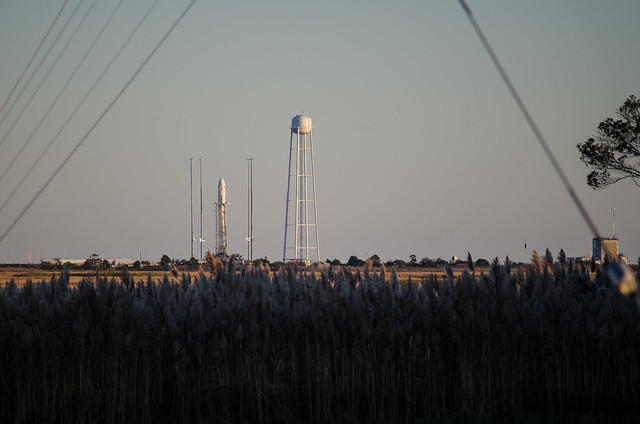 The Antares rocket on its pad on October 27. The launch that day was scrubbed due to a boat in the rocket’s launch corridor. 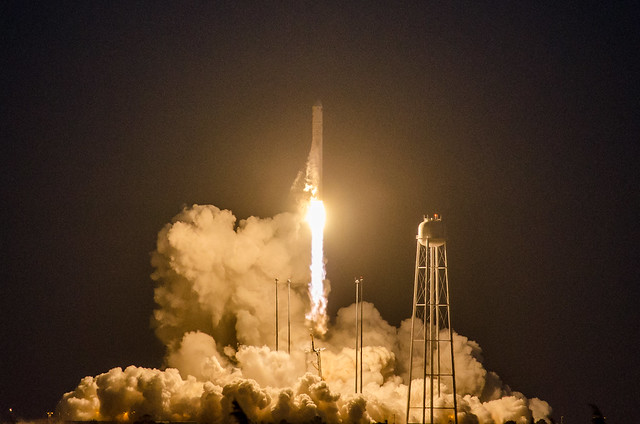 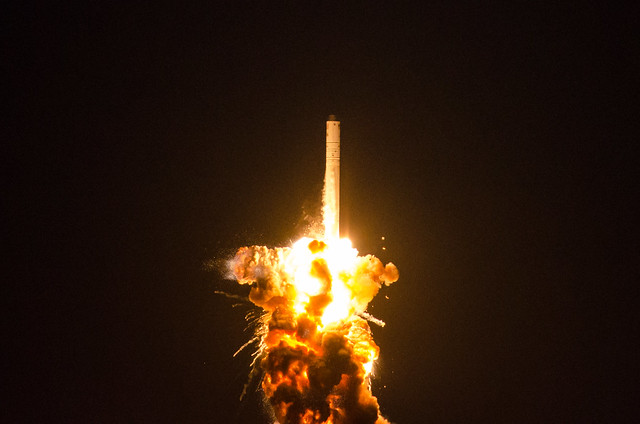 Explosion in the rocket’s first stage. 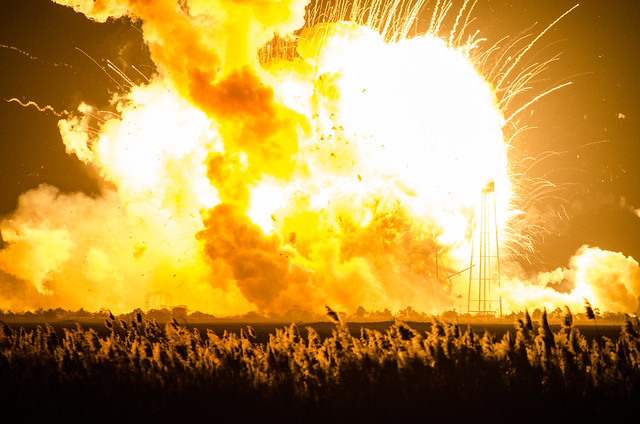 After losing thrust and falling back to Earth, the Antares rocket is destroyed remotely by the range safety officer.